The Bachelor’s Hannah Ann Sluss Hangs Out With Hannah Godwin

How Fauci and Birx got Trump to listen to science

The Bachelor’s Hannah Ann Sluss Hangs Out With Hannah Godwin

The Bachelor‘s Hannah Ann Sluss knows what suits her.

After a whirlwind few days and a dramatic breakup with Peter Weber, the 23-year-old model is living her best life. On Friday night, the reality TV personality was spotted hanging out with Bachelor Nation’s Hannah Godwin.

For their girls’ night out, the two were seen leaving the celebrity hot spot, Craig’s Restaurant, in West Hollywood. Photographers captured the gal pals looking blissfully happy, as they waved and laughed for the cameras. The dynamic duo were also seen walking arm-in-arm.

And let’s just say, Sluss was glowing and serving bawdy with her late-night lewk. Instead of wearing a revenge dress for her outing, the model went with something much more fierce and fabulous: a denim jumpsuit.

The fashionable piece, gave off ’70s vibes, especially since Hannah paired her fitted jumpsuit with nude sandal heels, dainty gold hoop earrings and a beige purse (which appeared to be Gucci).

It was simply a jean-ius ensemble. Making her ensemble look even more chic and timeless? The 23-year-old model kept her hair and makeup simple. Her hair was styled in loose, effortless waves, which perfectly complemented her smoky eye and rosy pink lips.

Godwin, who was joined by her fiancé Dylan Barbour at the restaurant, also went for a simple yet striking ensemble.

Later that night, the two gal pals kept their fun night going. The two ended up filming TikTok videos, where they showed off their dancing skills.

Despite sharing her emotional breakup with Weber on Tuesday night during The Bachelor finale (part two), it looks like Hannah Ann is moving on. Quite literally, as she just shared the news about her apartment in Los Angeles.

Moreover, she recently opened up getting closure from the 28-year-old pilot during an appearance on The Ellen DeGeneres Show. 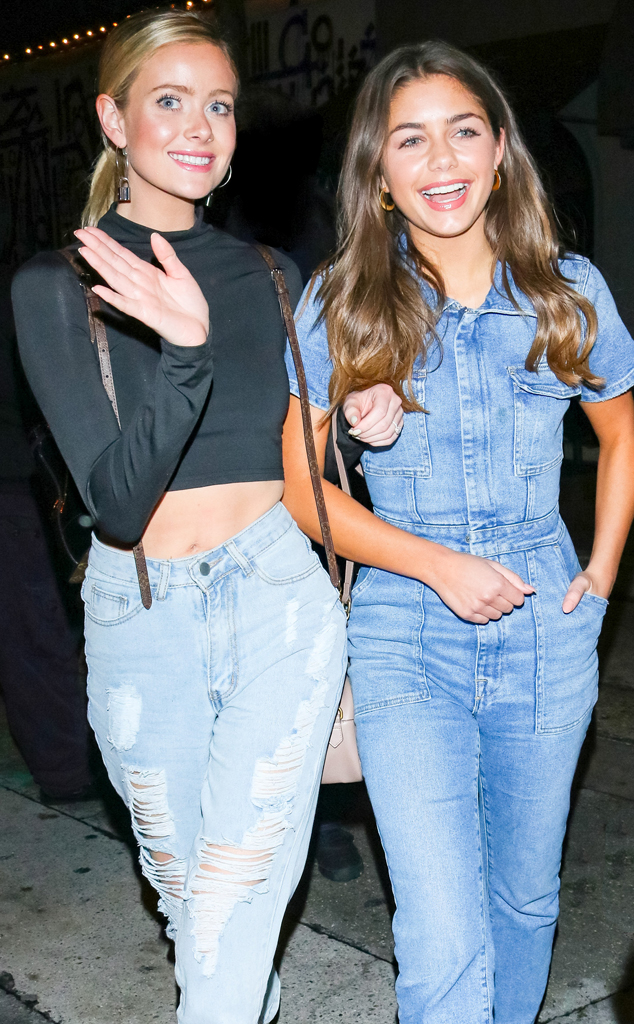 “I mean, actually watching the season has been very helpful working through any unresolved feelings I had towards Peter because I was able to watch my ex-fiancé not only make out with every girl, but see him just mislead and betray me,” she explained on the show.

Confronting Peter on After the Final Rose was also helpful for her, as she explained she was able to get everything off her chest.

“I mean, it was a lot of pent up emotions that I had had over the past five weeks after our breakup ended. And just being able to sit down there and look him in the eyes and just show him that, you know, I’ve moved on and I’m strong…,” she said. “And, you know what? I’m gonna be fine without you.”

From her latest outing, it looks like she certainly is!