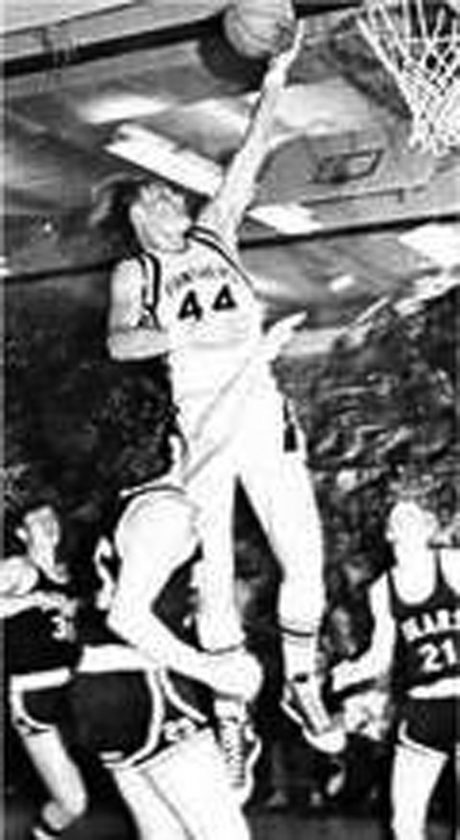 EWEN — Gary Fors was one of those players a basketball coach dreams of having.

He had the size (6-foot-5, 200 pounds) and agility that every team needs in the trenches. And the Ewen-Trout Creek product could score inside or out and rebound with the best of them.

“Gary Fors was the complete package,” late White Pine High coach Roland Antila once said. “And he was tough to defend because they (Panthers) had a lot of good players around him.”

Like Fors, senior guard Bob Bessen was an All-U.P. and all-state Class D choice that season. Bessen averaged around 20 points per game and was an accurate outside shooter.

Fors was good for 25 points and 14 rebounds a game.

John Hardes provided more size at 6-4, while Bob Besonen was another offensive threat. Sophomore Mike Carlise was a good option on offense.

Coached by Rudy Perhalla, the Panthers went through most opponents with ease that season. They finished with an 18-0 regular season mark.

“That team scored a lot of points, but they could also play defense,” said Dan Ojala, who starred at Ewen High a decade or so earlier. “They were really good.”

In the in the regionals at C.B. Hedgcock Fieldhouse the Panthers disposed of North Central by a 90-62 score.

A good Rock team made the Ontonagon County team work before recording a 62-59 win in the championship game.

Big Bay de Noc was next in the quarterfinals, but Ewen-TC notched an 84-66 win.

In the state semifinals, Lake City gave up a stiff fight before dropping a 73-69 decision at Gaylord.

That set the stage in the finals against Flint Holy Rosary.

In those days, the MHSSA set a week off before playing the finals.

That ended up with the Panthers flying down to East Lansing for the game.

“The flight down there was quite an experience for all of us,” Fors said.

Flint Holy Rosary stayed with the Panthers in the final. But the all-around play of Fors and Bessen made the difference in a 74-62 clincher.

Perhalla, who left coaching after another two years, said the 1972 team had great balance.

“We had four or five players who could have a big game,” he said. “The other teams couldn’t concentrate on one or two players.”

Fors went on to have a nice four-year career at Lake Superior State. He ended up as the leading career scorer for the Lakers.

Fors, who owns a hardware store in Ewen, had three sons who starred in high at Ewen-TC. All three, Kelsey, Christian and Dustin played at Michigan Tech.

Today’s breaking news and more in your inbox