Back In Business | News, Sports, Jobs

Back In Business | News, Sports, Jobs

Phase Two public health requirements have been met for the Western New York region, which includes Allegany, Cattaraugus, Chautauqua, Erie and Niagara counties. Reopening plans and state-mandated safety templates have taken different forms for different businesses, but the ease in restrictions has been welcomed by all.

Some retail shops had previously been able to serve customers through curbside pickup, with Tuesday marking the first day they could welcome customers back into their doors.

“I think people are just really happy to be able to be out again,” said Carrie Wolfgang, owner of Novel Destination book store and a retired nurse. “It’s been busy today, and I’m very grateful about that. People have been very good about the Facebook for the business. They have been watching that and contacting me via Facebook as to, are you open yet? Which phase will you be in?”

Wolfgang had been staying in contact with customers via Facebook and phone calls, with many asking when the shop would reopen. 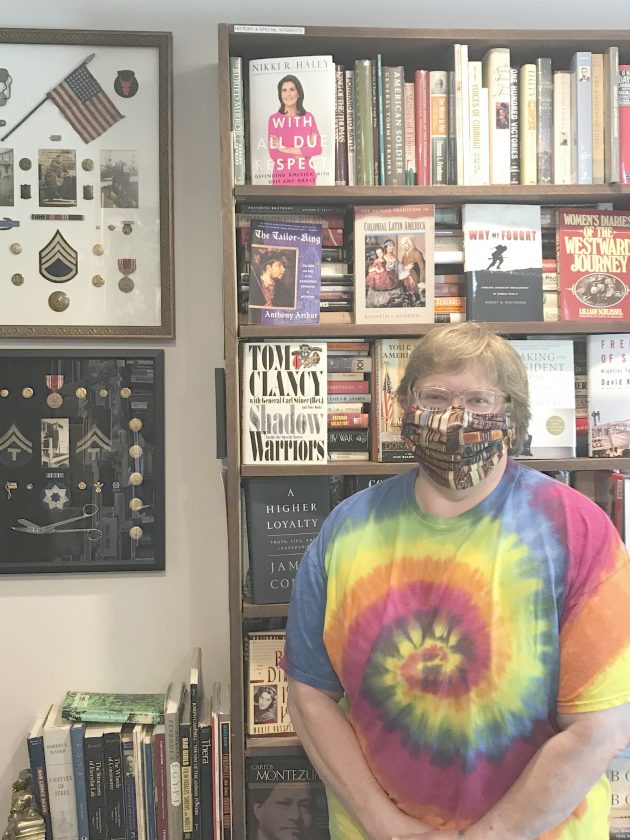 Local retailers, like Carrie Wolfgang of Novel Destination, and the Jamestown Cycle Shop, were able to reopen for business at the start of Phase 2 on Tuesday.
P-J photo by Jay Young

“I’m grateful that we were able to open in Phase Two instead of Phase Four, because there was some talk about that,” she said. “Going through the programming, each business has to have that plan done and you have to get approval to open, stating what you are doing to keep people safe.”

Wolfgang was offering customers gloves to browse book shelves, and although the shutdown has not been easy, she is thankful that her products don’t expire.

“My books don’t have an expiration date, but (think about) all the other businesses that were struggling and had things that they couldn’t sell again once we opened,” Wolfgang said. “Being a retired nurse I knew that at some point we would get on top of this pandemic, but I had a lot of people who got sick that I knew, so that was really hard.”

Another business that reopened Tuesday included the appropriately named “Phase Two” in Jamestown. The 2-year-old business offers a wide variety of name brand and vintage clothing.

Like many other businesses, the Jamestown Cycle Shop was stuck in a limbo between essential and nonessential services during the past several weeks.

“We were able to do curbside sales and service, we were deemed essential on that end,” co-owner Randy Marsh said. “It’s going to be good to get a haircut. It’s good to see people in the store and shopping. I just wish kids were playing (sports), that is a big part of what we do.”

Even while retail businesses have been permitted to reopen in Phase Two, the economic impacts of COVID-19 persist. A large part of Marsh’s business includes working with local sports teams and schools, all of which have had to cancel seasons during COVID-19.

“We’ve had dialogue with all of our customers for the most part, we’ve been reaching out to a bunch as well on the team end of things and communicating via social media and Facebook about what we are doing with other parts of the store,” Marsh said.

There is also the matter of supply chains, which are different for each industry. While the Cycle Shop has continued to sell bicycles as summer returns and residents look to spend more time outside, production is being disrupted nationally. Staffing issues at factories can mean that certain products are delayed or difficult to get a hold of, and Marsh noted that it has been a challenge to get bikes back in stock from suppliers. The massive web of digital and terrestrial supply lines and services connecting businesses to their customers has been subject to unprecedented disruptions.

Meanwhile, Chautauqua County Executive PJ Wendel is encouraging area residents to get out — while doing so safely — and support local retail businesses.

“It’s now official, it’s right from his lips,” Wendel said of Cuomo’s announcement following a day of uncertainty whether the region could reopen. “Right now we’re in Phase Two. … I’m excited for our local businesses, and I want to encourage people to get out and support them. The men and women, they have been the backbone, and we need to do everything we can to support these businesses.”

At the start of the shutdown, real estate agencies were not initially deemed an essential business in New York state, but that designation quickly changed to allow some work. As with many other professions, brokers were forced to make the sudden transition to a virtual workspace while trying to navigate state guidelines. For brokers, that meant conducting virtual tours of homes and properties.

“Thankfully we were able to do more transactions on that basis than I ever imagined we would do. But certainly nowhere near the normal level of business,” said Bill Soffel, broker and CEO of ERA Team VP Real Estate.

ERA Team operates eight offices throughout Western New York and northwest Pennsylvania, and employs around 90 agents. Two weeks before restrictions were relaxed in New York, brokers based in Pennsylvania were able to get back to work. All the while, Soffel and his colleagues have done their best to follow the guidelines put in place by New York state, while consulting with the New York State Association of Realtors.

“The state gave very little specifics or definition, so it was really left up to brokers or the state association to try to interpret it,” Soffel said. “There was no guidance on numbers of people. Certainly the clear message was, do as much remotely or virtually as you can possibly do it.”

Some realtors made the transition to unaccompanied showings, allowing customers the opportunity to view properties on their own, before the larger reopening in Phase Two.

Many brokers have become comfortable with digital technology in recent years, such as electronic signing and documentation, but the impact of COVID-19 has still come with a learning curve. Many related services and industries, such as home inspection, photography, construction and appraisal, have been disrupted along the way.

“All those services that are related were in some state of limbo,” Soffel said. “It’s not going to be fully returned to normal but it’s going to be a lot closer than it has been.” Soffel said that there has been a noticeable influx of business with the Phase 2 reopening.

Today’s breaking news and more in your inbox


The coronavirus pandemic has taken its toll on businesses across the country. It’s those that were already on …